The Red Sea Lodge nurtures the next generation of filmmakers from Saudi and the Arab world, in partnership with TorinoFilmLab.

After a successful second edition, the Lodge returns in 2022, bigger and better than ever. The intensive 10-month programme (duration is subject to change depending on the to-be-announced Festival dates and the global health situation) is for emerging filmmakers on their first or second feature; more established names with truly daring new concepts and approaches will also be considered. The Lodge is open to teams from Saudi Arabia and the Arab world, working on a feature film project at any stage of development. In 2022, the programme will include five workshops, two of which are residentials in Jeddah (arrangement of in-person workshops is subject to the global health situation).

Following the intensive development process, teams will have the opportunity to pitch at the Festival’s project market, and compete for the Red Sea Lodge Production Awards, two prizes of 100,000$, and an Arab Premier at the Red Sea International Film Festival.

Additional funding opportunities for Saudi and Arab films will also be available. More information will be provided by the Red Sea Souk, so keep an eye out on our social.

Following the programme, teams will have a fully developed project including a logline, synopsis, treatment and script, plus budget, director’s statement, producer’s note, production and post-production schedule, financing strategy, financing plan, and a pre-recorded pitch.

Each team will understand the process of project development and will be equipped with the necessary skills to fully realize this and future projects. With the confidence to work effectively in the international marketplace, the Lodge provides Arab filmmakers with the insight to move their careers to the next level and get their films made. 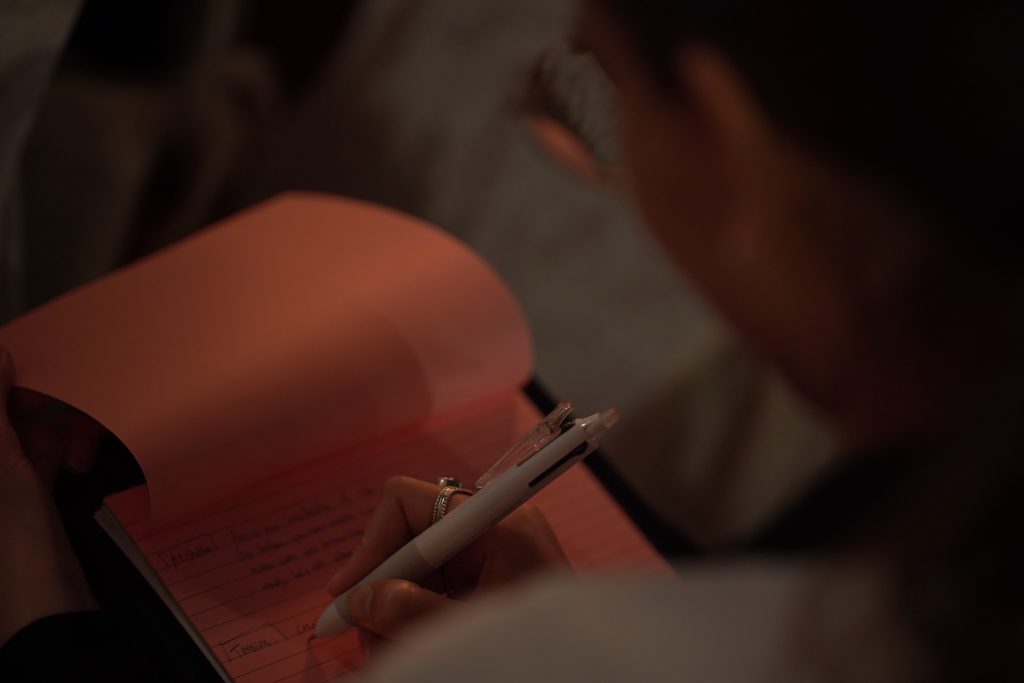 What kind of film project?

Workshop One \ Project Development Part I – An introduction to the programme, the tutors and project teams. Exploring dramatic potential of the projects; an overview of the role and business of the producer.

Following the completion of this workshop, participants will be given assignments to continue developing their projects for a deadline in advance of the next workshop.

Workshop Two | Project Development Part II – Feedback on updated project documents and introduction to the fundamentals of being a producer.

Where? In person (arrangement of in-person workshops is subject to the global health situation).

Following the workshop, participants will continue to work on their treatments/scripts and production documents for a deadline in advance of the next workshop.

Workshop Three | Visualization – taking the script from the page to the screen working with film professionals including directors and cinematographers to understand how to visually realize the script. Producing programme and script development work continues

Participants continue to work on the scripts, production documents and materials for the Red Sea International Film Festival catalogue.

Workshop Four | Production and Post-Production, participants have the opportunity to discuss their projects with editors, sound-designers and post-production specialists. Producing programme and script development work continues.

Following this session, participants will have the opportunity to update their script and project dossier to submit them for award consideration.

Workshop Five | Festival preparation, getting ready for pitching and meeting industry professionals before launching your project at the Red Sea Souk.

When? TBC depending on the confirmed dates of the Red Sea International Film Festival.

1.Projects that are developed at the Red Sea Lodge:

Documents required to apply to the Red Sea Lodge – to be presented in English. If documents are written in Arabic, a translated copy to English should be submitted alongside the original one. If your script is written in Arabic, submit it as is, however, you might be asked to translate it—or a part of it—at a later stage.