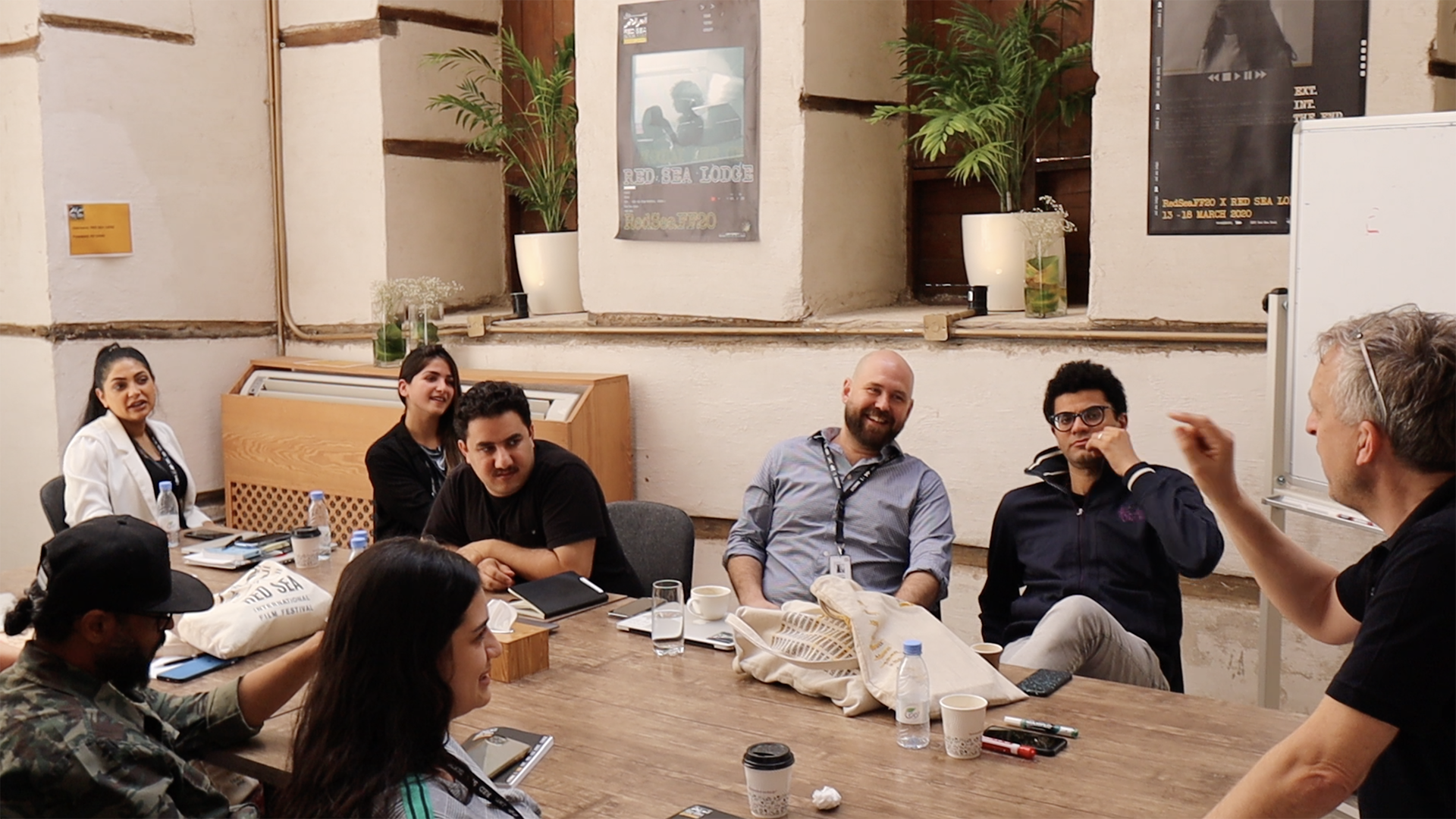 During its first edition, the Red Sea Lodge hosted 12 projects with the aim of development. They were selected by an international committee out of 120 projects from 16 countries. The selected projects joined the Lodge in an integrated program that included three workshops, which were held in cooperation with TorinoFilmLab in Historic Jeddah, under the supervision of international experts in the fields of directing, photography, sound and editing. The selected works included 6 projects for Saudi films, in addition to 6 Arab projects from Jordan, Egypt, Palestine, Iraq and Lebanon, which reflected the program’s endeavor to support the film industry locally and all across the Arab world.

The program was extended for a period of 13 months–contrary to its official duration estimated at 7 months–due to the consequences of the Covid-19 epidemic. Despite that, the program succeeded in completing its first session remotely, thanks to the TorinoFilmLab project’s adoption of the projects that participated in the first session of the Red Sea Lodge. It provided the participants with the opportunity to present their projects to producers, distributors and industry experts at the global level, which granted them plenty of opportunities, as well as the attention they deserved.

In parallel, a committee was formed according to the Lodge plan, to review and evaluate the projects, awarding two winners; the Saudi project “Sharshaf” directed by Hind Al Fahhad, written by Hana Alomair, produced by Talal Ayeel; and the Egyptian project “Bullets & Bread” by Mohammad Hammad, produced by Kholoud Saad and Mohamed Hefzy. The latter was based on a story by the author Tamer Abdrab Elnaby.

While the two projects won a production grant of $500,000, the surprise was a special discretionary grant of $25,000 from the Red Sea Lodge to the Saudi project “Four Faces of the Storm”, written and directed by Hossam El Helweh and produced by Mohammed Alhamoud.

Although the premiers of these projects were planned to take place during the first edition of the Red Sea International Film Festival in 2021, the overpowering conditions of the Covid-19 epidemic halted the finalization of the projects. This imposed an amended agreement to have them ready to premier at the second edition of the Festival planned for 2022.

Grieving the sudden death of her husband, Nawal must confront the realities of inheritance laws which rule that, without a son, she stands to lose the home she bought for herself and her daughter.

A Journey of Bullets and Bread (Egypt)

Which is more harmful? Bandits cutting us off road to steal our money or those who live among us cutting off the road our humanity

On the 1000 night Shams is violated. Her dream of playing Sheherazad becomes a nightmare she must wake up from before it breaks her

To find her stolen scooter, a woman must outsmart Beirut’s religious diversity.

Hassan feels that his paradise in Berlin is threatened when a terrorist from his past reappears.

It is said: “Behind every great man is a woman.” But what happens if there are several women?

In his constant struggle to survive, Ayed gets caught up in the search for oil forcing him to leave his Bedouin family behind.

When the Star Goes Down

In return for her tears, a Saudi woman goes back in time and space with an angel to change her fate.

To win back her lover, a hopelessly romantic Saudi woman flies from Makkah to Florida, only to discover he is not her prince.

As Haila's eyes are open to cinema and the world around her, after her marriage, the society closes down