Red Sea: Immersive will introduce era-defining immersive storytelling experiences to audiences in Jeddah, while also serving as an inspiration and catalyst to future immersive content creators and studios from the region. 13 of the most significant VR works produced in 2021 will be presented in competition for the Golden Yusr Immersive Award which includes a cash prize of $10,000, with eight projects presented out-of-competition. The program is curated by Liz Rosenthal, curator of Venice VR at the Venice International Film Festival.

Red Sea: Immersive will be adjudicated by an all-female jury of three leading international artists. The jury will be presided over by pioneering American avant-garde artist Laurie Anderson, who will be joined by BAFTA-winning director Victoria Mapplebeck and one of the first Saudi Arabian street artists, Sarah Mohanna Al Abdali.

Edouard Waintrop, Artistic Director of the RedSeaIFF, said: “There is something truly special about the experiences in Red Sea Immersive. It is an art that is so complimentary of the main Festival programme, but also stands independently as a ground-breaking and boundary-pushing selection of work. It is an honour to be able to host this curation, and we are excited to see the lasting impact that Red Sea Immersive has on the Saudi art, film, and technology industries.”

Liz Rosenthal, the curator of Red Sea Immersive, said: “The selection in Red Sea Immersive is truly one of the most exciting presentations of virtual experiences to have graced the festival circuit to date. To have this presentation in such a dynamic new venue such as the Hayy Jameel, and in Saudi Arabia where there is such a burgeoning, young art scene, is such an exciting frontier for this genre of work. I am also excited to see the impact this has on the wider VR industry, especially in the Arab region.”

The winner of the Best VR Story at this year’s Venice International Film Festival, End of the Night, is presented by David Adler. In 1943, you are sitting in a boat with Josef, who is rowing from occupied Denmark to safety in neutral Sweden. Your journey together becomes a living landscape of painful recollections from the night of his escape. As dawn draws near, you will witness the trauma of escape and the guilt of surviving, when those you love are left behind.

Genesis, directed by Joerg Courtial, embarks on an emotionally intense virtual reality journey to experience the dramatic milestones in the evolution of earth and mankind. Starting with the young, glowing earth surrounded by cosmic debris and concluding by coming come face to face with our human ancestors, Genesis takes audiences on an immersive journey through 4.7 billion years of evolution.

Academy Award-winning writer-director Benjamin Cleary and virtual reality creator Michael O’Connor take audiences on an incredible visual journey in Glimpse. The animated interactive VR experience stars Taron Egerton as Herbie Turner, a talented illustrator who has just had a painful breakup with his girlfriend. His girlfriend, played by Lucy Boynton, is a graceful deer named Rice who, despite being a deer, dreams of becoming a musician.

Goliath: Playing with Reality, directed by May Abdalla and Barry Gene Murphy, follows the true story of a man with a troubled upbringing, who loses his parents and is diagnosed with schizophrenia. The project explores what it means to feel at odds with the world and, through shared realities, find one’s place within it. Starring Tilda Swinton, the project was the Grand Jury Prize winner at Venice VR at this year’s Venice International Film Festival.

Directed by Felix Gaedtke and Gayatri Parameswaran, Kusunda is an interactive virtual reality experience about the endangered Kusunda language in western Nepal. Co-created by Lil Bahadur, a shaman who speaks Kusunda, and his granddaughter Hima, this intergenerational story invites you to support the challenging task of revitalising a dormant indigenous language.

Brought to life by BAFTA and Academy Award-winning director Asif Kapadia, Laika is an immersive animated VR short telling the extraordinary story of the first living creature to orbit the earth, a small stray dog who was the historic passenger abroad the Soviet satellite Sputnik II. The short is based on Nick Abadzis’ iconic graphic novel and stars Sophie Okonedo and Tobias Menzies.

Lavrynthos, by Amir Admoni and Fabito Rychter, places audiences at the heart of the labyrinth of Crete to tell the story of the unlikely relationship between the Minotaur and his next meal, a girl named Cora. The narrative makes use of an innovative way of moving the audience throughout the story, by transforming a 2x2m area in an infinite non-Euclidean maze that can shift space and time.

Le Bal De Paris De Blanca Li, directed by Blanca Li, was the winner of Best VR Experience at this year’s Venice International Film Festival. Adèle celebrates her homecoming to Paris with a great ball organised by her parents, until Pierre, one of the guests, changes the course of the party. The audience can follow Adèle’s love story unfolding in three acts, through music and dance, merging with virtual reality, to offer the audience an innovative, festive, and spectacular experience.

Marco & Polo Go Round, by Benjamin Steiger Levine, is a comedic love story with a very surreal twist. A couple confronts the difficulties in their relationship as gravity turns on its head and their world literally falls apart around them.

Award-winning documentary, Reeducated directed by Sam Wolson, takes viewers inside a detention camp in Xinjiang, China, guided by three men who were imprisoned together at the same facility. Using hours of first-hand testimony, hand-drawn animation and ambisonic audio, the VR film reconstructs the experience of detention and political re-education in an immersive three-dimensional space.

Samsara (Lun Hui) is the latest project from artist Hsin-Chien Huang. In the piece, the protagonist escapes the earth after global nuclear destruction to find a new planet to live on but finds that he/she always returns to it, learning the profound lesson of life.

Directed by Tang Zhi-Zhong and Huang Yun-Hsien, The Sick Rose tells a story that takes place in a time of raging pandemics, where all beings are in crisis. A little girl travels through a city filled with viruses with a magical rose to give to her mother, who is courageously saving lives at a front-line hospital. During the process, she encounters cursed demonic creatures and receives help from a tribe of discriminated rats. The journey is like the worldwide anti-pandemic battle: bumpy and full of frustration, but where hope is never lost.

Directed by Randall Okita, The Book of Distance tells the story of Yonezo Okita, the director’s grandfather, who left his home in Hiroshima, Japan, and began a new life in Canada in 1935. War and state-sanctioned racism changed everything, and Yonezo became the enemy. Three generations later, his grandson, Randall leads the audience on an interactive virtual pilgrimage through an emotional geography of immigration and family to recover what was lost.

Hangman At Home, by Michelle and Uri Kranot, was the winner of the Grand Jury Prize at Venice VR at the 2020 Venice International Film Festival. Inspired by the 1922 Carl Sandburg poem of the same title, this VR single-user immersive experience explores themes of acknowledgment and participation. Through five interwoven stories, that capture pivotal moments in people’s lives, this experience speaks to the awkward intimacy that comes with being human, and the connection between spectator, witness and accomplice.

From Rui Guerreiro, Mare is an immersive experience that tells the story of the strange lands of Mare. Crossing paths with a helpless companion, you venture deep into unknown territory on a puzzling adventure while unravelling a mysterious narrative and the secrets hidden within, all to ensure the arrival of the companion at her impending destiny.

In Maskmaker, by Balthazar Auxietre, the audience play as a Maskmaker’s apprentice and learn the magic of crafting masks. From mask-to-mask and puzzle-to-puzzle, the audience explores their way through the “mask realm” to seek Prospero who appears to rule it, to ultimately unravel the secret of this identity.

Paperbirds 1 & 2, directed by German Heller and Federico Carlini, is a story of a short-sighted child with an exceptional talent for music, who must find his way through the world of darkness to bring back his sister, who has been taken away by the shadows. This journey uses the senses to evoke our inner darkness and the mystery that lies within it. Starring Edward Norton, Archie Yates and Joss Stone, this is a story about inspiration, intuition and emotion, and how these qualities are invoked by music.

Directed by Jonathan Hagard, Replacements (Penggantian) is a VR story about roots, time and change. It depicts a Javanese family routinely observing their neighbourhood day after day, generation after generation, replacement after replacement.

In the interactive VR experience, We Live Here, director Rose Troche introduces the audience to Rockey, a 59-year-old woman who has been living in a tent, in a park in Los Angeles, for almost three years. By interacting with her belongings, the audience learns about her life and stories, understanding that anyone, through a series of misfortunes, could find themselves homeless like Rockey.

The final selection of the out-of-competition section is VRChats Worlds Collection. Over the pandemic, VR creators from around the world have freely published their fantastical creations as environments to meet, play, perform and experience with others in the avatars of their choice. The selection celebrates the creativity of eight leading VRChat world-builders, allowing the audience to hop from one world to the next: journey to a spectacular alien mountain planet, jump into a luscious tropical aquarium, take a river trip through 1950s Moscow, visit a sumptuous Swedish Museum Palace, experience visceral immersive music videos and art and end your tour in a fantastical futurist apartment. 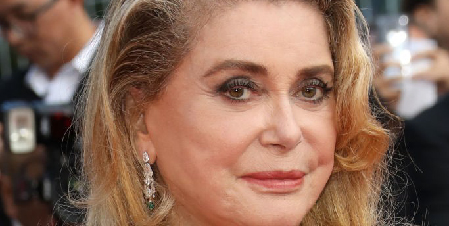 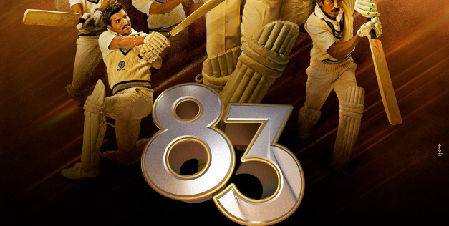