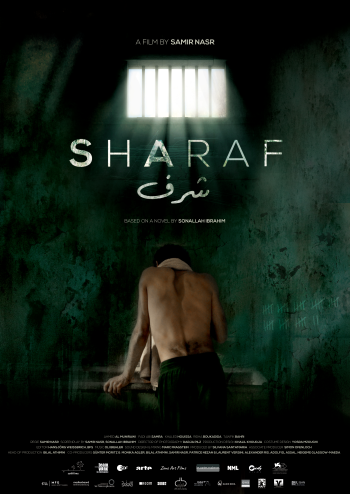 Middle East Distribution
Barnsteiner Film
Sharaf may dream of being fabulously rich, but when he ends up in prison after killing a man in defense of his honor, he has to wake up fast. Prison mirrors the outside world, with all its systemic inequality, injustice and corruption––although, even here, Sharaf believes he can make his fortune. Revered writer Sonallah Ibrahim worked with director Samir Nasr to adapt his novel, the story of a modern Arabic Candide making his way in a corrupt world, for the big screen. A cast of actors from Egypt, Tunisia, Syria, Lebanon, Iraq and Palestine, all speaking Arabic with different accents, gives the film an important regional dimension.