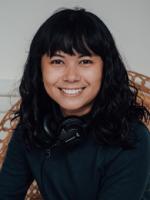 Based in Jakarta, Kamila Andini’s concerns include culture, gender and the environment. Her feature, “The Seen and the Unseen”, enjoyed international success in 50 festivals.
Producer
Ifa Isfansyah

International Sales Agent
Cercamon
At 16, Indonesian schoolgirl Yuni will qualify for a highly-prized college scholarship if she maintains good grades and avoids marriage. She has already rejected two suitors she barely knew, but her community’s belief is beginning to close in on her: if a woman rejects three proposals, they say, she will never marry at all. Torn between her poor family’s needs and expectations and her own dreams, Yuni takes strength from her female friends to steer her own course. “Yuni” was an award-winning entry to this year’s Toronto Film Festival, and is Indonesia’s official submission to the Oscars.