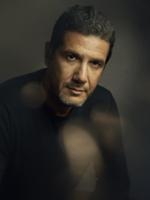 Born in Paris, Nabil Ayouch has become an energetic force within the Moroccan film industry as well as directing a string of distinguished prize-winning features, including Mektoub, Horses of God and Adam.
Producer
Amine Benjelloun, Nabil Ayouch

International Sales Agent
Wild Bunch International
Anas, a former rapper, works for a cultural centre in a deprived neighbourhood of Casablanca, where he meets young people who have things to say but no idea how to say them. Encouraged by their unconventional teacher, these young potential artists push aside the competing demands of tradition, shiny modernity and religious radicalism to find their own voices, using rap as a medium. Their joy in music, passion and vitality are immediately contagious. Above all, Ayouch’s drama – which screened in competition in Cannes this year – captures the real-world vibrancy of Moroccan youth.