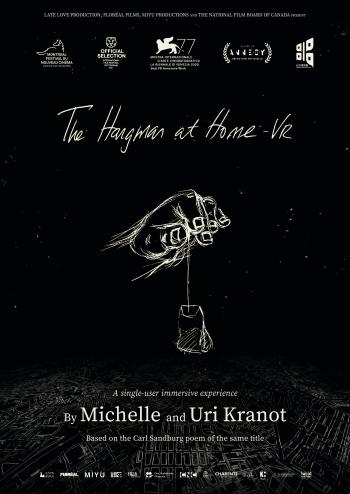 THE HANGMAN AT HOME
Animation and Experimental   |    Running Time: 25 minutes

Production Company
Floreal Film, Late Love Productions, National Film Board of Canada
“What does the hangman think about when he goes home at night from work?” Inspired by the 1922 Carl Sandburg poem of the same title, this animated VR experience includes the viewer in five interwoven stories catching people at pivotal emotional moments. It is not about hangings, but about the underlying intimacy shared by all humanity and the bonds between spectator, witness and accomplice; the questions it raises are about our mutual responsibility. Clearly, we are more alike than we are different. Winner of the Grand Jury Prize for VR at the 2020 Venice Film Festival.