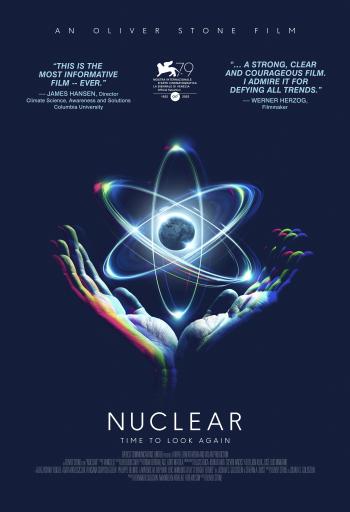 Scriptwriter
Oliver Stone, Joshua S. Goldstein
Director and Red Sea IFF Jury President Oliver Stone explores the possibility for the global community to overcome the challenges of climate change and energy poverty to reach a brighter future through the power of nuclear energy. In this wide-ranging doc, Stone looks at how coal and oil lobby groups partly funded a disinformation PR campaign to protect their own interests in the middle of the 20th Century and how this campaign would sow fear about harmless low-level radiation and create confusion between nuclear weapons and nuclear power. As a documentarian, Stone has built his stellar reputation through challenging Orthodox thinking, and here he uses unprecedented access to the nuclear industry in France, Russia, and the United States in presenting his case. Oliver Stone will be present at Red Sea IFF.