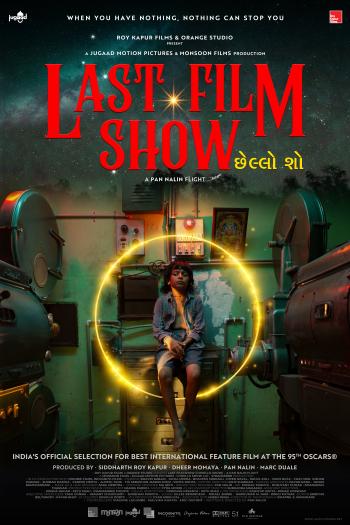 Writer, director, and producer of narrative and non-fiction films. He is best known for directing award-winning works, such as “Samsara” (2001), winner of awards at AFI Fest and Melbourne International Film Festival; the documentary “Ayurveda: Art of Being” (2001); and “Valley of Flowers” (2006).

Scriptwriter
Pan Nalin
India’s official Oscar entry is both a fictional retelling of the director Pan Nalin’s boyhood and an ode to cinema itself – to the films, of course, but also to the theatres and their equipment, which Nalin’s young hero loves just as much. Inevitably, despite being made of sterner stuff, it will draw comparisons to Giuseppe Tornatore’s enduringly popular Cinema Paradiso. Like Tornatore’s alter ego Salvatore, nine-year-old Samay grows up poor, the son of a Gujarati railway tea-seller. His escape is a cinema called the Galaxy – which is hours away, but that doesn’t deter him – where the projectionist Fazal (Bhavesh Shrimali) lets him watch films from his booth; Samay even builds his own hand-cranked projector from a cardboard box. Nalin gives his story an added dimension of poignancy by updating it to 2010, when his beloved tunnels of light were on the brink of being replaced by digital servers.