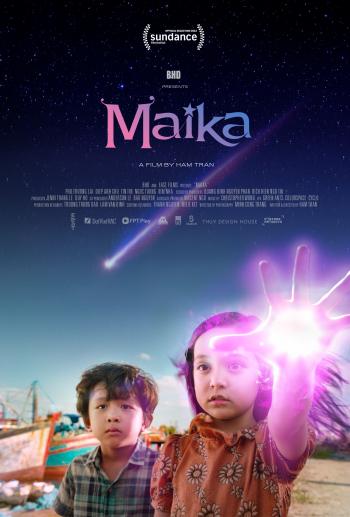 He received his MFA in directing from the UCLA School of Film and Television. His first feature, “Journey from the Fall” (2006), premiered at Sundance Film Festival. In 2022, Tran returned to Sundance with the family sci-fi, “Maika”. In addition to feature films, Tran continues to direct commercials and branded shorts.

Scriptwriter
Ham Tran
When eight-year-old science enthusiast Hung (Phu Truong Lai) sees a star fall to Earth not far from his home in the middle of the night, he gets on his bike and rushes to see it. That’s how he meets Maika (Chu Diep An, an alien who has shape-shifted to look like a human girl but still has her telekinetic powers. Hung, who has been lonely ever since his mother died and his best friend’s family moved to Ho Chi Minh City, is thrilled to make a new friend and have lots of adventures, but he also helps her to get back home. The similarities here to ET, but Maika is actually based on a Czech TV series popular in Vietnam in the ‘80s and has a retro innocence. It's loud and cartoonish, with broad humour and even bigger special effects that will delight younger audiences.