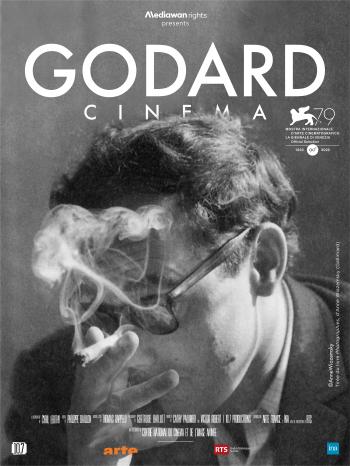 He graduated from La Fémis in 2002. His first film, “The Night Is Fading” (2015), participated in many international festivals, winning the prize for the most innovative first film at Visions du Réel-Nyon 2015. Since then, Leuthy has directed several documentaries, like “Melville, le dernier samouraï” 2019 and “Rendez-vous with Maurice Chevalier” 2021.

Middle East Distribution
Mediawan
When he died in September, aged 91, French-Swiss director Jean-Luc Godard left behind around 140 films in which he “redefined the very idea of what a movie was and where it could go”, to quote Martin Scorsese. In this portrait, director Cyril Leuthy’s stated aim was to go beyond the caricature of an obsessive cineaste, unable to forge working relationships in real life. He wants us “to meet a man more sentimental than it seems… because yes, Godard is human, not just a machine who thinks and creates images”. The famously reticent Godard barely joins him in this venture, but Leuthy does interview many people who worked with the French New Wave great over the years who recall telling details, like how he would feed actors lines on set. Copious clips from his films, especially the extraordinary run of original, playful works he made in the 60s, flesh out the abiding sense of his significance.