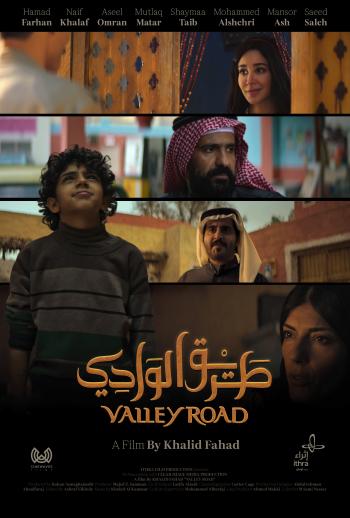 An award-winning writer and director. He received the American Film Award, and the Best Short Film Award at the Saudi Film Festival for "Little Bird"; and the Golden Eagle Award for "The Investor" (2017). He is a creative director at several institutions and media companies, and participated in writing feature films.

Middle East Distribution
Cinewaves Films
Ali is perceived by his family and the people of the beautiful Saudi Arabian mountain village where he lives, Alwadi, as having a disability. Only his older sister Siham recognises that his difference is part of him; she sees him as perfect as he is. While Siham is away in the city studying at university, where she hopes to get a degree and then a job that will help haul her family out of poverty, their father, Nasser, decides to take Ali to a folk doctor in the valley below to be “cured”. During the journey, Ali gets lost in the middle of nowhere. Alone, he starts a new journey of his own, discovering that he can deal with fresh challenges in life as well as anyone else. An uplifting, emotional and enjoyable tale about how our perceived inadequacies can be our strengths.