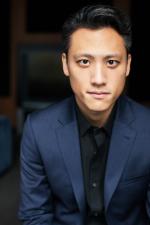 As an actor, he appeared in dozens of productions. He worked as an acting instructor at Railtown Actors Studio, and teaches at the Vancouver Acting School. In 2019, his first feature “Daughter” — which he wrote, directed, produced and edited — premiered at the Vancouver International Film Festival.

Scriptwriter
Anthony Shim
So-young (Choi Syung-yoon) was an abandoned baby raised in a Korean orphanage; when she comes as a widow to Canada with her own baby, she is determined to give him all the love and advantages she never had. In theory, Canada in 1990 is a melting pot; in reality, Dong-Hyun (Dohyun Noel Hwang) is bullied at school, advised by teachers to change his name and is ashamed of the weird lunches his mother cooks so carefully. Ten years later, her son (now being played by Ethan Hwang) has dyed blonde hair and an attitude; he has survived by assimilating. But So-young has also adjusted in her own way, calmly taking her dictionary to doctors’ appointments; Shim judges nobody. Anthony Shim’s film recalls the hit Minari, but it is much less sweet and not so sunny; it did, however, win the top prize in the Platform section of the Toronto International Film Festival.